With over 20 years experience in Hollywood representing nationally and internationally known clients in movies, television, hosting, commercials, voiceovers and home shopping networks, Kathy Leigh Carter also packages shows as an Executive Producer for multiple platforms based around Experts and Personalities.

On-Camera, Carter traveled across the country as a Judge for the Fox series Fast Track to Fame and appeared as an expert on an episode for Reelz Channel.

Carter is a licensed attorney in California and Texas. She litigated for a Los Angeles law firm before starting her Management/Production company in 2000. Her start in the Business was with the publicity department at 20th Century Fox and then to the William Morris Agency in Beverly Hills.

Since 2014, Kathy Leigh has traveled the United States being educated by mounted officers, deputies and federal agents in over 150 units nationwide across 40 states including Border Horse Patrol Units on the southern and northern border. She is considered a national expert and resource on the United States Mounted Units. Additionally, she traveled to mounted barns in Israel, Ireland and Canada to extend her reach and knowledge.

Check out JusticeReins.com for more Information. 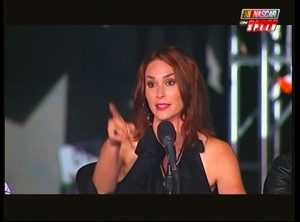